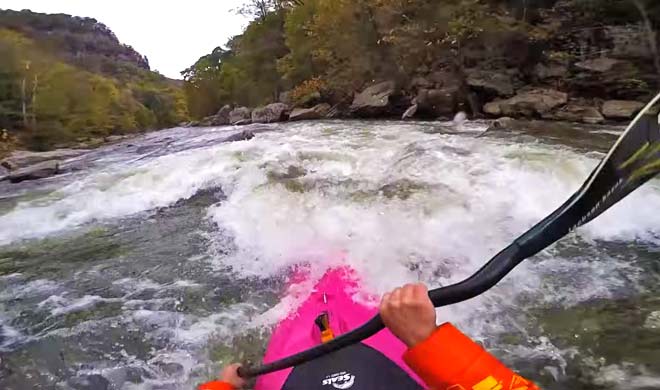 WASHINGTON, DC — Tourism in Eastern Kentucky will soon get a much needed boost from the U.S. Army Corps of Engineers. U.S. Rep. Harold “Hal” Rogers (KY-05) announced today the whitewater rafting season will be extended by two weeks at the Breaks Interstate Park, which includes Kentucky’s eastern-most point in Pike County, as well as Virginia and West Virginia.

During a budget hearing in March, Rogers reminded the Army Corps and the Bureau of Reclamation about a long-standing request from local residents to extend the whitewater rafting season on the Russell Fork River by discharging water more frequently from the Flannagan Dam on the Virginia border. Since that budget hearing, through his role as Chairman Emeritus of the U.S. House Appropriations Committee, Congressman Rogers worked closely with the Army Corps Headquarters and Huntington District to make this action possible.

“Whitewater rafting has been a great economic boon for tourism around the Breaks Interstate Park, but the season has been cut short each year. I applaud the Army Corps for adding additional water release dates at the Flannagan Dam, which will extend the downstream whitewater rafting season into November and attract more recreational enthusiasts to our region this fall,” said Rogers. “In light of the recent downturn of our coal industry, we must capitalize on every opportunity to diversify our economy and enhance our unique tourism options in our beautiful Appalachian mountains.”

The Army Corps has scheduled weekend releases at the Flannagan Dam during the first four weeks in October and will conduct two additional “test” releases on the first two weekends of November 2018. A public scoping meeting will be held on September 27, 2018 at 6:30 pm at the Breaks Interstate Park Conference Center.